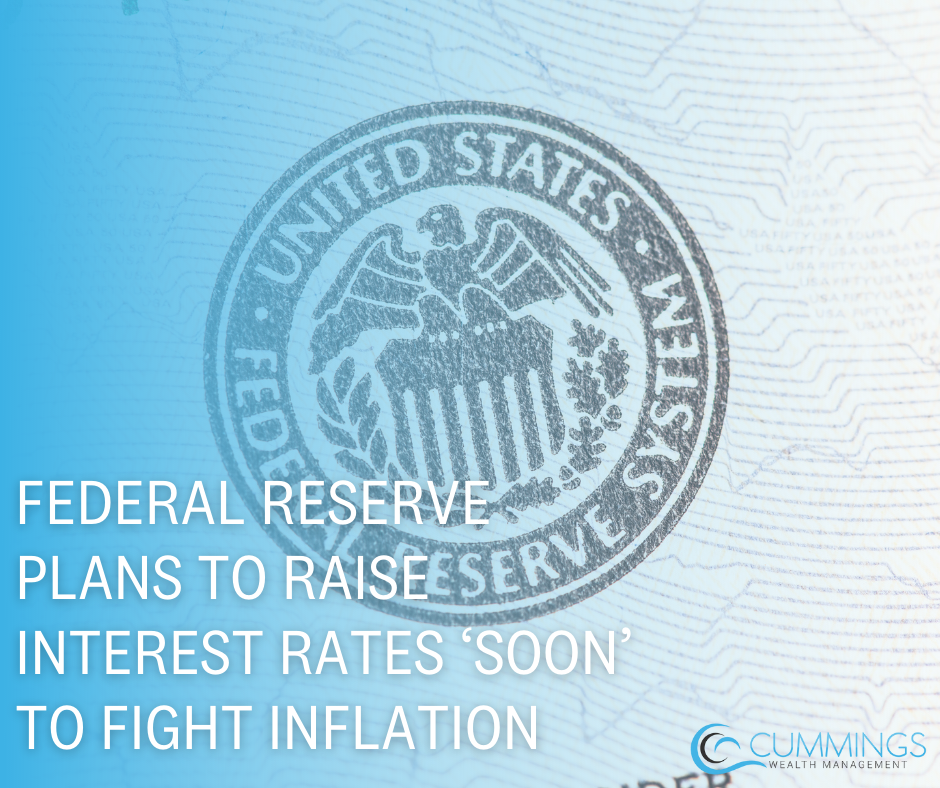 What that means for consumers and the economy

The Federal Reserve signaled plans to begin raising interest rates “soon” in a bid to tamp down inflation before it poses a serious risk to the U.S. economy. A hike would be the first time the central bank has increased its benchmark lending rate in over three years.

Lifting the borrowing costs consumers and businesses pay for loans has the effect of slowing economic activity, which in turn could curb inflation. But there are also concerns that it could put on the brakes too quickly. We asked Alexander Kurov, a finance professor at West Virginia University, and Marketa Wolfe, an economist at Skidmore College, to explain what the Fed is doing and what it means for you.

1.  Why is the Fed raising interest rates?

Short-term interest rates in the U.S. are now essentially zero.

The Fed quickly cut rates to zero at the beginning of the COVID-19 crisis in March 2020 in an attempt to soften the blow of the sharp recession that began that month as the U.S. went into lockdown. As a reminder of how bad things were back then, over 40 million workers – a quarter of the American workforce – filed for unemployment in the first few months of the pandemic, a staggering number with no precedent in the job market.

Although the recession was short-lived – lasting only two months – and the economy has mostly recovered, the Fed has kept rates at rock bottom because many workers and businesses still need support as the pandemic continues to rage.

The big problem for the Fed now is that U.S. consumer prices have surged. For 10 months in a row, inflation has been above the Fed’s 2% target and reached an annual pace of about 7% in December. This is the highest rate of inflation recorded in the U.S. in the last 40 years. High inflation means the prices people pay for goods and services are continually going up – especially for basic items like meat and gasoline, as well as for manufactured goods like cars.

The Fed can ill afford to allow this to continue because if higher inflation becomes entrenched, it would damage the economy. And the longer it lasts, the harder – and more painful for consumers and businesses – it is going to be to bring it back to a more sustainable 2%.

So the Fed has to act quickly before it’s too late.

The Fed sets a target range for what is called the “federal funds rate.” This rate acts like a benchmark for all interest rates in the economy.

While the Fed didn’t specify a time when it plans to raise rates, analysts expect the first increase to come in March, probably by 0.25 percentage point. This would affect banks’ cost of borrowing, which in turn slowly filters throughout the economy as lenders charge more for loans on homes, cars, businesses, college tuition, and anything else you might want to buy with debt. Banks would also gradually increase the interest they offer on deposits and savings accounts.

The Fed does not directly control all these other rates, and the exact path they will take is not completely predictable, but the overall trend will be up if the Fed keeps raising its target rate.

3.  What does that mean for consumers and businesses?

Put simply, higher interest rates mean borrowers would need to pay more for the loans they get.

If the Fed lifts interest rates this year by 0.75 percentage point, as expected, this would translate into about US$45,000 in additional interest payments on a 30-year,

So if you want to borrow to start a business, pay for college, buy a car or do anything else, you should expect your borrowing costs to be higher later this year.

On the other hand, higher rates is good news for savers and investors, as their returns from activities like making deposits and buying bonds will go up.

4.  And how will it affect the broader economy?

The Fed always makes decisions based on what is happening in the economy and on how economic conditions are expected to change. And changes in the economy are often hard to predict.

The biggest unknown at this point is what will happen to inflation later this year. This is uncertain because inflation is driven by multiple factors, such as supply chain shortages and strong demand.

In addition, the labor force participation rate has still not recovered to pre-pandemic levels, and the economy isexperiencing labor shortages, which could push wages and prices higher. If these COVID-19-related pressures don’t ease up soon, inflation could continue to stay high or continue to accelerate, which may force the Fed to increase interest rates faster than currently expected.

On the other hand, if economic or employment growth stalls, this will make it much harder for the Fed to raise rates without making things worse. The Fed will need to find the right balance between taming inflation and avoiding slowing down the economy too much.

The authors do not work for, consult, own shares in or receive funding from any company or organization that would benefit from this article, and have disclosed no relevant affiliations beyond their academic appointment.

West Virginia University provides funding as a member of The Conversation US.

All information is believed to be from reliable sources; however LPL Financial makes no representation as to its completeness or accuracy.